Have I got a food allergy? 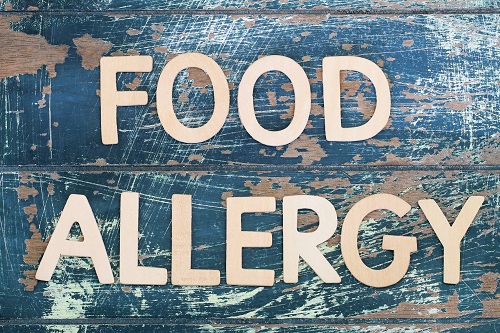 Probably not! Immunological evidence of food allergy is found in less than 3% of cases of adults with IBS and is more common if you have other allergies such as eczema, asthma or hay fever. It’s more likely you have a food intolerance. The distinction seems clear cut.

Food allergies are an immunological response to one particular food, usually a protein, whereas food intolerance usually involves a sensitivity to a range of carbohydrate foods.

Try to find out what foods might be triggering your symptoms, fill in your symptom tracker and discuss this with your doctor or dietitian.

There are different types of allergy

Allergy testing for IBS is controversial. The most reliable tests are the routine blood and skin tests conducted in hospital laboratories. Tests of hair or skin conductance lack reliable evidence. The most popular commercial tests for allergy involve measurement of circulating (IgG) antibodies to foods. IgG testing for IBS is based on the rationale that if the gut is leaky (as a result of inflammation, infection or stress for example), intact proteins from a variety of foods will permeate the gut lining and generate an immune reaction. But the interpretation of the results is not clear cut. High levels of IgG may be found in response to a number of common foods and may just represent the body’s normal defense reaction and not necessarily an indication of allergy.

The role of York test in the management of IBS is at best unclear. Whilst the test is useful for detecting the presence of IGG antibodies to specific food components it typically yields multiple positive results and may represent a normal immune response to food. Food-specific IgG4 does not predict true food hypersensitivity. Indeed the presence of this type of antibody has been associated with the development of tolerance to foods that are eaten often. The European Academy of allergy and clinical immunology guidance reads thus;

“Serological tests for immunoglobulin G4 (IgG4) against foods are persistently promoted for the diagnosis of food-induced hypersensitivity. Since many patients believe that their symptoms are related to food ingestion without diagnostic confirmation of a causal relationship, tests for food-specific IgG4 represent a growing market. Testing for blood IgG4 against different foods is performed with large-scale screening for hundreds of food items by enzyme-linked immunosorbent assay-type and radioallergosorbent-type assays in young children, adolescents, and adults. However, many serum samples show positive IgG4 results without corresponding clinical symptoms.

These findings, combined with the lack of convincing evidence for histamine-releasing properties of IgG4 in humans, and lack of any controlled studies on the diagnostic value of IgG4 testing in food allergy, do not provide any basis for the hypothesis that food-specific IgG4 should be attributed with an effector role in food hypersensitivity. In contrast to the disputed beliefs, IgG4 against foods indicates that the organism has been repeatedly exposed to food components, recognized as foreign proteins by the immune system. Its presence should not be considered as a factor, which induces hypersensitivity, but rather as an indicator for immunological tolerance, linked to the activity of regulatory T cells. In conclusion, food-specific IgG4 does not indicate (imminent) food allergy or intolerance, but rather a physiological response of the immune system after exposition to food components. Therefore, testing of IgG4 to foods is considered as irrelevant for the laboratory work-up of food allergy or intolerance and should not be performed in case of food-related complaints.”

For more information about allergy and allergy testing, log in or join to become a member of The IBS Network. Then click on the following links: